The Purdue Foundry is proud to partner with entrepreneurs whose experience and expertise can be particularly valuable to our founders and startups. These Entrepreneurs-in-Residence (EIRs) work closely with our Boost cohorts and may be available for 1:1 ad hoc coaching. If you’d like to learn more about our EIR program, please reach out to Angela Goldenstein at AMGoldenstein@prf.org.

Dan is a business leader with a unique combination of project management experience (Six Sigma Master Black Belt) in marketing and sales. He spent over three decades in the industry driving growth, strategy development and product launches in challenging cross-functional business segments. Dan grew up on a dairy and grain farm in Northern Indiana and graduated from Purdue University with a BS in Agriculture focusing on Ag Economics. He also serves as Senior Director of Strategy and Innovation for AgriNovus Indiana—an initiative focusing on advancing innovation in the food and agriculture industry for the State of Indiana. 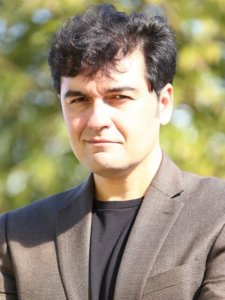 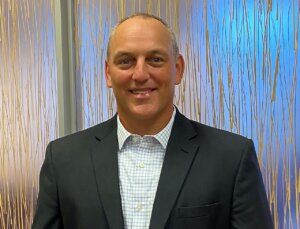 Mark holds an MBA from Vanderbilt University and a B.S. with honors from Purdue University.  His Purdue experience included a Battelle sponsored research fellowship with the US Department of Energy at Hanford / Pacific Northwest National Laboratory (PNNL). Mark’s interests include fitness, the outdoors, music, and travel. 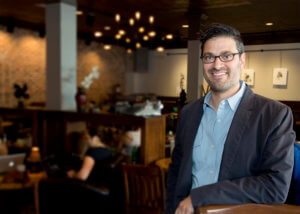 Jason is the founder of Greyhouse Coffee & Supply co., Founder of GreyMob Idea Accelerator, Co-Founder of MatchBOX Coworking Studio, former VP of Spensa Technologies, and served as the Executive Director for Campus House. Jason considers himself a designer and business strategist. He strives to apply those skills to make our community and the world a little bit better place.

Earning his academic degrees from Purdue University, Jason studied Industrial Design, Psychology, Business, and Philosophy, and helped pioneer the school’s Entrepreneurial Industrial Design Graduate program. He went on to work for The Indianapolis Children’s Museum, the largest children’s museum in the world, as an exhibit designer where he created several permanent pieces. While moonlighting, Jason went on to start two different product design firms of his own. He also worked for a time at a creative Think Tank in Chicago contributing to concepts for hundreds of new toys. Jason then joined the Research & Development team of a large St. Louis toy company as head of concept design.

He developed licensed and original products for both boys and girls in multiple play-patterns across all appreciable sectors in the industry, some selling units in the millions globally through such stores as Target, Wal-mart, and Sears. His work has been part of several design and engineering patents and has been published internationally.

Jason lectures in the undergraduate and graduate Business programs at Purdue University, is a guest instructor in the School of Technology, and is a guest instructor and participant in multiple NSF grants in Mechanical Engineering at Purdue. He has also been recruited to be a Fulbright Specialist to India and was the lead-off speaker at TEDx and a recent Entrepreneurial Bootcamp for Veterans. Jason also served as a Director of the Greater Lafayette Chamber, consults for the Public Art Team for the City of West Lafayette and has commissioned and designed two 12’ steel sculptures for the City. He also consulted for the Community Commitment to Education Read to Succeed initiative, advises multiple student organizations, and is Chairman of the LafayetTECH startup collective.

Most recently, he co-founded Lafayette’s first coworking space, MatchBOX, a 10,000 sq.ft. startup facility for dozens of local entrepreneurs. He currently serves as Chief Visioneer coaching nascent businesses. Jason has also been a strategic partner of Purdue Marketing & Media, advisor to the Purdue Research Foundation, and is co-founder of the Purdue FoundryX commercialization initiative. He helped build the Wabash Heartland Innovation Network, currently serves as VP, and oversees strategy and design. He has recently been a strategic consultant for Google with their most senior engineering team, and has worked with The White House under the Obama administration writing policy for the Office of Science and Technology.

Jason has helped start dozens of nonprofit initiatives supporting things like local arts and music, literacy, hunger relief locally and abroad, international fair trade, access to clean drinking water, and medical work in the developing world. He has served as relief worker in Mexico and Rwanda, Africa. Jason has written a book on philosophy and is working on a second.

Jason played collegiate lacrosse, holds his Advanced SCUBA diving certification, has been an NCAA EMT, a Volunteer Firefighter with WTFD, a HAZMAT Technician, and is a Department of Homeland Security Incident Commander. He and his wife also renovated their 130 year-old house, which then earned recognition as a Historic Wabash Valley Trust Home, but then left it to spend 3 years visiting every country in the EU.

Jason and his wife, Diane, are the proud parents of three girls, including twins.

Menu
This website uses cookies to improve your experience. If you continue to use this site, you agree with it.
Ok